Customized cable produced by a manufacturer specializing in prototyping and design can set your product apart.

When looking for high quality, fairly priced materials for creating a prototype, it can be a challenge to find the right wiring components for your specific product and industry. There is no shortage of options when it comes to custom wiring and it can be a challenge to determine which material will be best for your product and wiring needs. By partnering with a manufacturer on Custom Cables for Prototyping, you and your team will have a knowledgeable resource to turn to when making these decisions. This can be the difference between a successful prototype and one that does not live up to expectations.

Consulting with a manufacturer capable of extruding small amounts of specialized wiring to enhance and perfect a product is an important step in the manufacturing process. There are so many choices to be made regarding wiring systems that opting not to work with an engineer, instead of making assumptions about the best type of wiring to use, can be dangerous. To determine a product’s voltage, required wire gauge, and optimal heat rating engineers work with a series of calculations to ensure that they are producing a safe and effective product. If these calculations are not performed correctly or are overlooked, the resulting product could overheat, cause shorts, fires, or even injury.

Cost is often seen as a barrier to working with a cable manufacturer. However, by working with an experienced cable manufacturing company, you can reduce the costs that are typically spent on experimenting with various products and wiring systems in an effort to determine which one will be most effective. Your manufacturer’s expertise and industry knowledge will guide you and your team to the systems that will be ideal for your product and its various functions. This will save time and the intensive research process that usually goes with choosing wiring materials without the guidance of an engineer.

Custom Cables for Prototyping Your Project

By utilizing custom materials, your product is likely to be streamlined and optimized for speedy manufacturing and assembly. This is beneficial if you intend to manufacture your product on a large scale, as much of the planning and manufacturing optimization will have been worked out previously. With a functional prototype of your project, you will be able to assess and make any modifications before it is produced on a large scale. This will cut costs while providing you with a highly customized wiring system designed for your specific product needs.

Product testing is another important part of the manufacturing process, assuring that everything works as planned and is durable enough to withstand the product’s intended conditions. Manufacturers utilize a variety of testing methods to assess quality including: advanced life testing labs, pull testing, and measuring the consistency of the product’s voltage. Understanding areas that could be improved on are important to a product’s functionality and acceptance in the marketplace. Product testing is an invaluable step in. ensuring that your product works as planned and does not need further adjustments or alterations before being manufactured on a large scale.

Working with a manufacturer is an important step in designing and producing custom wiring for a new product. By working with a manufacturer, you have the ability to create unique wires and cables that are optimized to work seamlessly with your product. Don’t hesitate to reach out to the Meridian Team to learn more about the options that exist for your next wiring project. 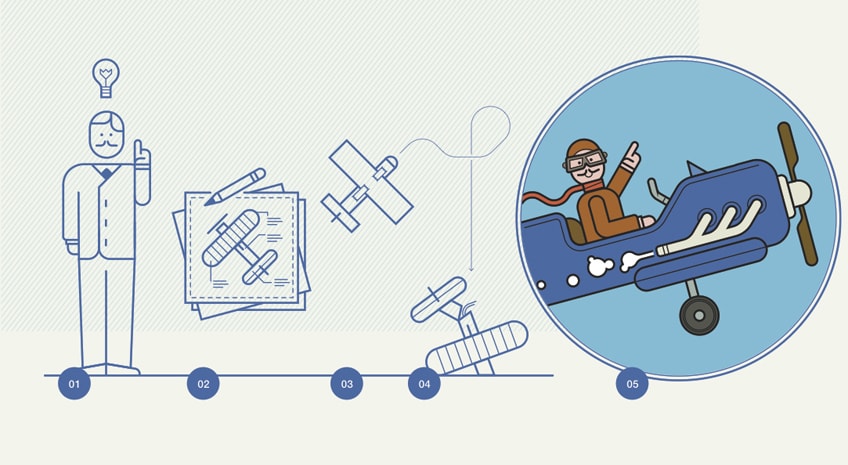 As any manufacturer knows, Prototyping Cable Assemblies is absolutely critical to a product before manufacturing and distributing it. However, prototyping amounts to more than just simply sketching out a rough design—it involves designing an actual, physical product that will not only function properly, but will also be relatively simple to manufacture and deliver. Here’s a brief breakdown on the best practices for cable assembly prototyping.

Prototyping Cable Assemblies: What and Why?

Firstly, what is prototyping? A prototype is a full-scale and (usually) fully functional version of a new design that a manufacturer might be working on. When it comes to products that will be used for coil cord assemblies or cable assembly manufacturing, the prototype doesn’t need to function as it would once it’s fully completed, but it does need to have a certain level of functionality so a manufacturer can understand if manufacturing and assembly will be feasible and practical, both logistically and financially.

In short, manufacturers choose to prototype because it helps to guarantee success further down the line. With a prototype, a manufacturer can isolate any design or manufacturing issues that, with a prototype, are relatively easy and cheap to remedy—but far more expensive to address during the later manufacturing phase. Additionally, prototyping helps to facilitate the design process, allowing designers and engineers—especially those in the cable assembly manufacturing industry—to sharpen the design, increasing its efficiency and making the product ultimately easier to manufacture. Prototyping helps with locating any major design flaws, and it’s much easier to gather financial investments or file patents with a prototype, as well.

When it comes to Prototyping helps with locating any major design flaws, and it’s much easier to gather financial investments or file patents with a prototype, as well. When it comes to cable assembly, wire harness manufacturing, or producing coil cord assemblies or any other major product, prototyping is necessary, as it can ensure that future manufacturing will progress smoothly.

When it comes to the best practices for prototyping, especially cable assembly prototyping, there are a few key points to keep in mind. Firstly, it’s important for a manufacturer to have a clear goal in mind—in other words, the manufacturer should have a keen understanding of the kind of product they’re hoping to create, and also they should have an idea regarding what they hope to accomplish with the prototype (i.e. will this product be simple to assemble, and will it function in the way that it’s supposed to?).
With cable assembly or other cable-related prototypes, it’s important to have an understanding of both the limits of the prototype and if there are any holds regarding available resources. For instance, manufacturers should have a clear vision of what the prototype can and can’t do. Additionally, the manufacturer should be aware of resources constantly—if the prototype costs too much to make and design, or if it uses up too many resources, then it might not be feasible to produce.

One of the best practices when it comes to cable assembly or wire harness prototyping is to always remain open, flexible, and adaptable. Inevitably, during the prototyping phase the manufacturer will encounter a design flaw or potential hurtle in the future manufacturing phase—this is fine though, as it’s much easier to solve an issue in the prototyping phase than during the full-scale manufacturing phase. Lastly, whenever manufacturers are designing a product, they should always keep real-world functionality and manufacturing at the forefront of their mind. If the wire harness or cable assembly product won’t be as useful as hoped in the real world, or if it won’t be simple to produce, then it’s advisable to set the prototype aside for future developments.

When discussing the best practices for cable assembly or wire harness prototyping, it’s always critical to be mindful of certain prototyping pitfalls, as well. For instance, when prototyping, a manufacture should make sure to test the functionality of a prototype in every possible way, ranging from daily usage to manufacturing. If there are any potential faults, they need to be addressed immediately. And any ownerships issues regarding the intellectual property (IP) should always be addressed at the prototyping stage, since it’s much easier to deal with IP issues with a prototype as opposed to a widely manufactured product.